resources on this page

A Brief History of Aramaic
Examples of Christ using Aramaic

A reading of the Lord's Prayer in Aramaic, Spanish, Chinese and English, filmed in downtown New York shortly after the 9/11 tragedy:-


The Aramaic language has had a long and complex development, and has many dialetics and periods in its 3000 year history. The language falls in two groups - Western and Eastern (approximately divided by the Euphrates river). It also has three epochs - Modern (neo-Aramaic, todays spoken language) Middle (literature works) and Old (ancient Aramaic no longer in use, and relevant only to academics and research). Today Aramaic is considered to be an endangered language, with a number of Jewish dialetics close to extintion. (Nowadays, second and third generation Jews that have settled in Israel from the Arabian lands tend to speak Hebrew, rather than the neo-Aramaic of their fathers). The language is currently used by a number of disparate, and mainly isolated Christian, Jewish and Muslim communities in the Middle East. It is also used as a liturgical language with some Eastern Christian sects, and retains a literary and liturgical use among the Jewish faith.

Jesus and the Aramaic language

Up until about the seventh century AD, Aramaic was the lingua franca of Eygpt and most of Western Asia. (The "lingua franca" is common language used to communicate between people who have different primary languages, or "mother tongues"). It is generally accepted that Christ spoke in Aramaic. As well as the formal, written Aramaic of the time, there is also known to be seven dialetics in use in first century Judaea. Galilean Aramaic was the dialetic of Jesus's home region. 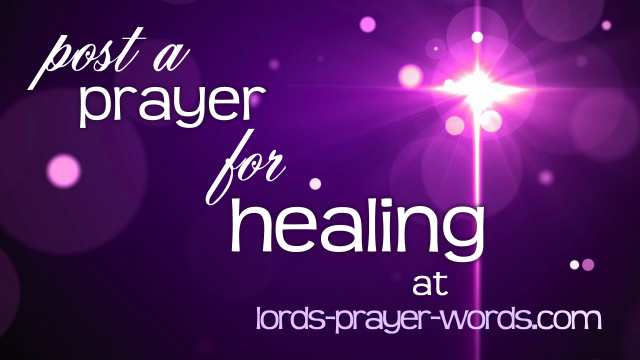 Some examples from the New Testament where Jesus speaks in Aramaic

Whilst the New Testament is written in Greek, there are number of occassions when Jesus is cited as using Aramaic words. Here are some examples:-

"He took the twelve-year-old girl by the hand and said, "Talitha, koum!" which means, "Little girl, get up!" " ("Talitha, koum" is Aramaic)

"Abba, Father," he said, "everything is possible for you. Take this cup from me. Yet not what I will, but what you will." ("Abba" is Aramaic for "father")

"No one can serve two masters. Either he will hate the one and love the other, or he will be devoted to the one and despise the other. You cannot serve both God and Money".

The word for money here is from the Aramaic "Mammon" (meaning "wealth") which also entered the Hebrew language. As these two languages were in use side-by-side, a cross-fertilization took place leading to a number of common words between both Hebrew and Aramaic.