The Lord's Prayer in Latin

(Catechism of the Catholic Church)

to which the doxology may be added:-

A creative reading of the Lord's Prayer in many languages, shot on location in downtown New York:-

A Brief History of the Latin Language

Although largely in disuse in its spoken form, Latin is one of the world's most influential languages. Many languages owe their origins to latin - for example Spanish, French, Portuguese, Italian, Catalan and Romanian, and other minor languages. (These are known collectively as the "romance" languages). In addition, many other world languages (especially European ones) have inherited vocabulary from Latin.

The Origins of the Language

It is the original language of Ancient Rome, and through the Roman conquest it spread to most parts of western and central europe. The first known writings of the Romance languages occur in the 9th century. These languages all stem from vulgar latin. Initially, these were spoken languages of people groups, which gradually over time became distinct enough from their latin origins to become a language in their own right. (For example, Portuguese replaced Latin as the official language of Portugal in 1296). During the Middle ages, Latin became more fragmented, with wide discrepencies in it's written form as to the meaning and use of the words. However, with the coming of the Renaissance, the language flourished again, and several scholars set about recovering what they believed to be "Classical" latin, issuing strict guidelines has to how the language was to be used.

Latin and the Roman Catholic Church

Latin remains the official language of the Holy See and the Vatican City-State. The Vatican City is the only place in the world which has an ATM with Latin instructions! Although the Second Vatican Council (1962-65) permitted the Mass to be conducted in the vernacular language, Latin remains the official language of the Roman Catholic Mass, and as such, the Lord's Prayer cited above (without the doxology written at the end) is the official liturgical version (taken from the Catechism of the Catholic Church). However, in most parts of the world, with the exception of the Vatican, the Lord's prayer is generally spoken in the language indigenous to the community.

Elsewhere, Latin is still in widespread use as a language for "naming" things - especially in the realms of science, medicine and law. In contemporary culture, Latin is often referenced to or quoted. For example, the film "The Dead Poets Society" (starring the late Robin Williams, released in 1989 and directed by Peter Weir) became famous for the use of it's Latin phrase "Carpe Diem" (meaning "Seize the day").

The Latin alphabet (when taking into account its modern day derivates - the English, French and Spanish alphabets) is the most popular used alphabet system in the world.

A short meditation on the Resurrection of Christ, with inspiring contemporary illustrations and music:- 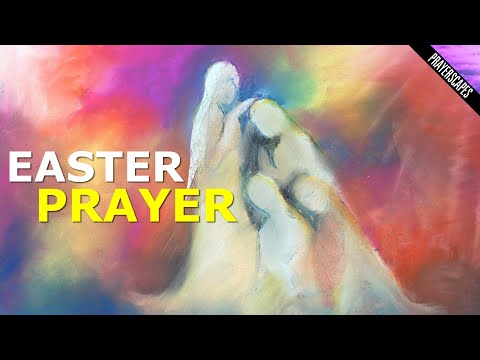 here are more resources to help with this famous prayer

the 'pater noster' in english

the catholic version of the Lord's prayer in modern day english. This page also explains how the prayer is used in Mass.

featuring the prayer of St Francis, the serenity prayer (in english and spanish) & many other popular prayers.

discover the meaning behind this prayer

an exploration of the Lord's prayer through the writings of John Calvin, Charles Spurgeon and Alexander MacClaren.

in-depth commentaries and interpretations of each line of the Pater Noster by famous biblical scholars and writers.